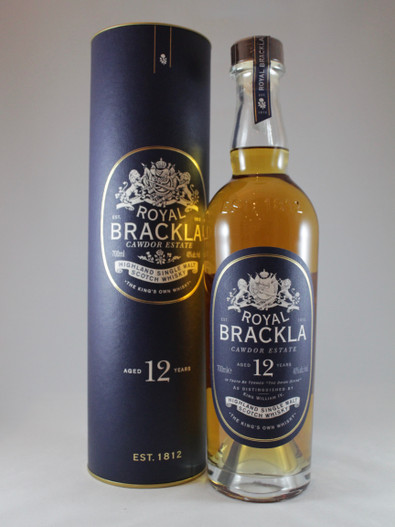 SKU:
MSROYBR001H
UPC:
5000277000661
Availability:
InStock
Gift wrapping:
Options available in cart
Shipping:
Calculated at Checkout
Distillery Facts:
The Brackla distillery was built in 1812 by Captain William Fraser of Brackla House on the estate of Cawdor Castle. In 1833 Brackla Distillery became the first whisky distillery to be granted a Royal Warrant by order of the King.
Delivery:
Usually dispatched within 24 hours

Founded in 1812 by Captain William Fraser, ROYAL BRACKLA’s regal malt has a remarkable history. The distillery itself is over two centuries old and its malt’s nickname of ‘The King’s Own Whisky’ stems from its distinction as the first single malt to be granted a royal warrant.

See our other expressions of Royal Brackla.

Not too long, still dry with mild spices and chocolate coated almond.